The weekend post brought its usual appeals for donations to help in alleviating suffering in Syria, Iraq and other areas of the Middle East The scale of suffering, wrought by internecine political, religious and ethnic conflict, is truly devastating and it is important that we support such appeals and help those risking their lives to help the victims of war and violence.

Next month representatives of different faiths and secular society will meet at a service at Westminster Abbey for Humanitarian Aid workers killed in conflict. At the inaugural meeting, 4 years ago, I referred to the extraordinary dedication and concern for others of an American, 26 year old Kayla Mueller, captured by ISIS and reportedly killed in a Jordanian air strike. In a letter smuggled to her family, she wrote: If I have suffered at all throughout this experience, it is only in knowing how much suffering I have put you through….The thought of your pain is the source of my own.

No self-pity; no harsh word about her captors. Only a concern for others. There are many others like Kayla, and they all deserve our prayers and support. The reality however is their dedication and international aid efforts alone, cannot cope with the suffering of those caught up in the fighting, and in the huge displacement of people we have witnessed, which just goes on and on.

I believe it is important to look more closely at the causes of such suffering. True, that violence begins with local rivalries, but unfortunately, these are magnified and made more horrific by larger factional rivalry between the great powers, supporting rival factions with ever-more sophisticated means of killing in pursuit of strategic interest. The Sikh Guru, Guru Amar Dass, looking at the dubious alliances fracturing the society of his day wrote:

I am of Gods Faction. All other factional alliances are subject to death and decay.

Speaking from a Sikh perspective, if we wish to avoid the continuing man made suffering of innocents, I believe we must continually remind all in power to look beyond, solely, their own self-interest, to what Sikhs call Sarbat ka Bhalla, a single-minded resolve to secure the well-being of all. 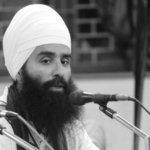 We pay tribute to Jagraj Singh who lost his battle with cancer on the 20th July. Singh rose to prominence with his viral Youtube videos – ‘Basics of Sikhi’, where he can be seen promoting Sikh teachings and educating members of the public with open dialogue. He has been described as an ‘innovator’, and his contribution to Sikhs in Britain and across the globe cannot be over emphasised.

The NSO sends its deepest condolences to the friends and family of Jagraj Singh. His charisma, commitment to Sikh ideals, and indomitable strength of character continues to be an inspiration to us all. 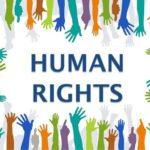 Met Police Commissioner Cressida Dicks’ weekend statement that police had prevented as many as five near imminent terrorist attacks over the last few months-, reminds us that we still have much to do to understand and combat the roots of such terrorism.

The seeming paradox behind increasing terrorist outrages and much of the violence in the world today, is how can religious teachings designed to help us be better human beings, be manipulated to lead to the deliberate killing of innocents?

Sikh teachings remind us that what generally passes for religion, is, in reality, a complex mix of superstition, rituals, culture, group history and uplifting ethical teachings. No religion, including my own is immune from followers going against its ethical teachings. Ethical teachings are easy to state, but difficult to live by, and in practice, greater emphasis is often placed on culture and rituals, and sometimes, a perversely unifying belief, that God favours our faith over that of others.

Guru Nanak, looking at conflict between religions in the India of his day, reminded us: ‘the one God of us all is not the least bit interested in our different religious labels but in what we do for others.’ It’s a perversion to believe that God condones killing and murder in His name, and to horrendous crimes and savagery not only between faiths but within the same faith. Today, despite many years of earnest effort for inter faith understanding, there is virtually no dialogue between faiths to explore and understand their different religions. Religious leaders come together, deplore the violence in the world, share tea and samosas, and then, often go back to their congregations to preach exclusivity.

There is an urgent need to look at the environment in which the cancer of terrorism thrives. We need legitimate discussion of questionable attitudes and practices, beginning with those that discriminate against women, gay people and others. Prime Minister Theresa May was right when she recently spoke of the need for difficult conversations about religion. A bold, but courteous, questioning of seemingly divisive practices will help make religion, what it was always intended to be, an active player in working for the common good of all.

Interfaith talks need to go beyond teas and samosas

Our Director’s recent opinion editorial in the Times: 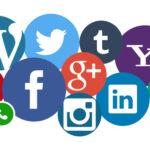