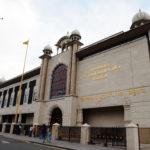 The NSO has long been highlighting the government’s inadequate approach in tackling hate crime against non-Abrahamic religions. During this time, concerns have been raised with both the Home Office and the Department for Communities and Local Government (DCLG). Remarkably, the government’s hate crime action plan ‘Action Against Hate’ failed to acknowledge the suffering of Sikhs, Hindus and other non-Abrahamic faiths. Furthermore we understand that non-Muslims are still being recorded incorrectly under the ‘Islamophobic hate crime’ category, despite revealing this through FOI last year. This is simply not good enough.

We are not aware of a single government funded project to tackle the suffering of Sikhs or Hindus, nor is there a separate government funded hate crime monitor for either community. News that a gurdwara has made a successful bid for improving security through a Home Office scheme is welcome. We were also heartened when Greg Clarke, (former Secretary of State for DCLG) wrote to Lord Singh last year, confirming religious hate crime would be dissagregated come April 2017. However it’s clear much more needs to be done in order to create a level playing field.

For the sake of transparency we’ve decided to publish last year’s letter to the Home Secretary, which was supported by other leading Sikh and Hindu organisations. 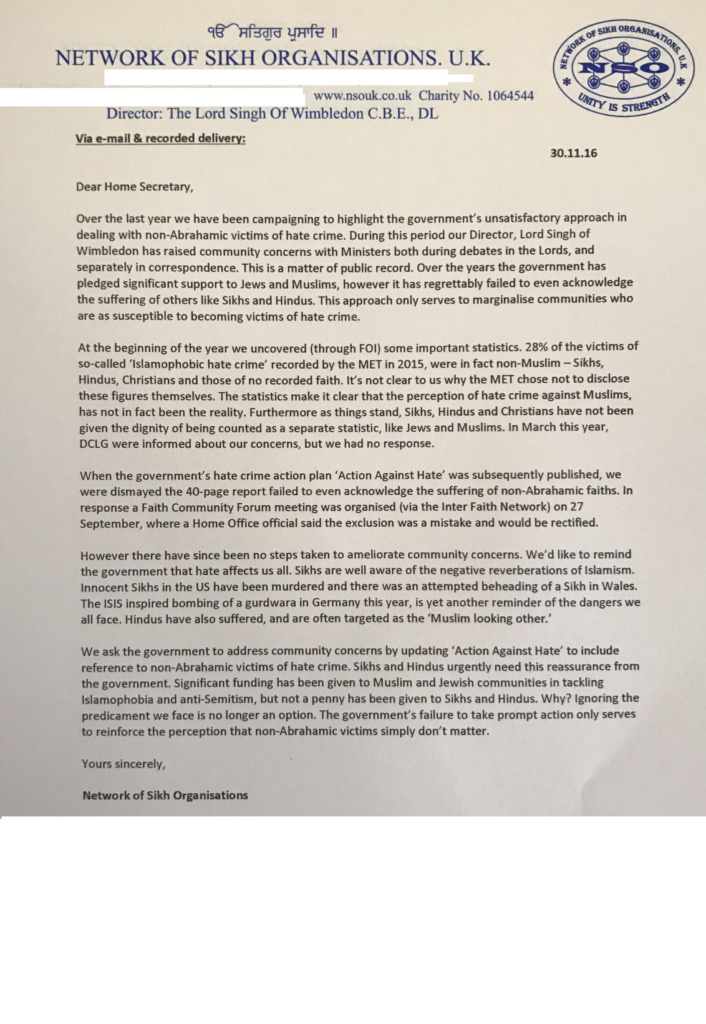