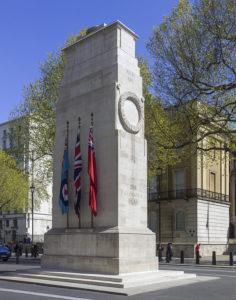 The Network of Sikh Organisations (NSO) has requested the BBC to acknowledge a glaring omission following a segment [57:13-57:54] in its Cenotaph television coverage today in which David Dimbleby forgets to mention Sikhs amongst the 22 faith leaders in attendance for the centenary commemorations.

During the coverage of Remembrance Sunday, he said:

“There are 22 faith leaders here today”.

Dimbleby then goes through the names of faiths being represented as they appear in the footage, listing them one by one – “Christian, Jewish, Muslim, Hindu, Buddhist, Zoroastrian, Jain, Baha’i, Mormon, Humanists and Spiritualists”. He forgot to mention Sikhs, despite our Director Lord Singh’s clear presence.

The omission which may have been inadvertent, has resulted in several complaints to the NSO. Given the size of the Sikh community in Britain, as well as the fact that today’s Remembrance Sunday commemorations marks one hundred years of the end of the Great War, we believe the inordinate contribution of Sikhs deserved recognition. To illustrate why, at the outbreak of hostilities in the Great War, 20% of soldiers in the British Indian Army were Sikhs, despite comprising less than 2% of British India’s population.

In the circumstances the NSO feels the BBC should make an urgent correction.