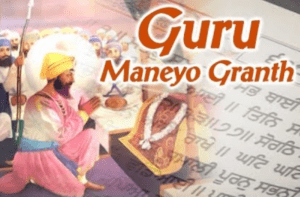 Guru Maneyo Granths-Those who wish to take us back to the worship of gods and goddesses.

The Reality behind the misleadingly named Dasam Granth

The so-called Dasam Granth is a compilation of largely amoral myths and stories produced by Brahmins to fool gullible Sikhs into diluting and distorting the teachings of the Gurus with Hindu mythology. 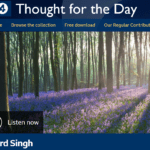 A Report commissioned by the Foreign Secretary Jeremy Hunt has found that the persecution of Christians in many parts of the world amounts to what some see as near genocide. Millions of Christians have been uprooted from their homes, and many have been killed, kidnapped, imprisoned and discriminated against.

Sadly, the experience of Christians is mirrored in the experience of other faiths. Looking at my own faith, Sikhs are prohibited from opening a gurdwara in Saudi Arabia and most Middle East countries. In Afghanistan, a prosperous Sikh population of more than 20,000 has been reduced to a few hundred. Similarly, once thriving Sikh communities in Tehran and other cities in Iran, have almost disappeared without trace. Regular reports of the All Parliamentary Group for Freedom of Religion and Belief and other agencies, remind us of similar suffering of religious communities across the world.

A follow up report to examine the response of the Foreign and Commonwealth Office to growing religious persecution will be published later this summer. I do hope that this will lead to positive initiatives to counter world-wide abuse of the UN Universal Declaration of the Right to Freedom of Religion and Belief.

I feel part of the problem is a failure of religious leaders to interpret religious texts in the context of today’s very different times. Candle lit vigils and expressions of religious solidarity following an atrocity are fine, but in the Sikh view such sentiments must also be carried to our different places of worship, to replace centuries of easily exploited bigotry and misunderstanding, with emphasis on respect and tolerance for all beliefs.

Two of the Sikh Gurus gave their lives stressing the importance of inter faith understanding. Sikh believe that our different faiths are like paths up a mountain towards an understanding of God through pursuing truth, equity and justice in our daily lives. The further we go, the greater the similarity of the view ahead. Guru Arjan, our 5th Guru, included some writings of Hindu and Muslim saints in our holy scripture the Guru Granth Sahib, to emphasise that no one faith has a monopoly of truth. The freedom to practise our religion, of whatever tradition, should be similarly valued as an important universal freedom in our strife torn world.

At the start of a New Year, we all look to our concerns and hopes for the year to come. For me, a major concern is the potential for populism rooted in xenophobia that looks only to economic prosperity for ‘me and my’.

Last weekend, Sikhs throughout the world celebrated the birthday of Guru Gobind Singh, who through his life and work, taught us to look beyond narrow sectarian interests and work for the wellbeing of wider society,

Guru Gobind Singh was the last of the founding Gurus of Sikhism whose role was to show that the teachings of Guru Nanak stressing the equality of all, including gender equality and a willingness to put others before self, were not impracticable ideals, but a necessary, though demanding, blueprint for a fairer and more peaceful society.

The task of Guru Nanak’s successor Gurus wasn’t easy, and two were martyred for stressing the need for tolerance and freedom of worship at a time of intense religious bigotry. A similar fate was suffered by many of the early Sikhs, but despite such persecution, the resilience of the infant Sikh community continued to grow to such an extent that Guru Gobind Singh decided he could now end the line of living Gurus and ask Sikhs to commit themselves to following the teachings of his predecessors, contained in the Sikh holy book, the Guru Granth Sahib, as they would a living Guru.

The Sikh Gurus were not the only ones who taught that ethical living, with concern and compassion for those around us, was the way to true contentment. Centuries earlier, Jesus Christ had taught much the same in parables like the Sermon on the Mount, and the story of the Good Samaritan. It is important that we recognise the common thrust for more responsible living found in our different faiths and work together to make these central to life.

Today’s populism can lead to such imperatives being ignored, encouraging a drive to self-interest. Rather, I would suggest an alternative movement rooted in common ethical teachings across faith traditions and secular society, while acknowledging and respecting differences between cultures and religions. But we need to look beyond mere lip service, and begin to walk the talk if we want to move from the bigotry of 2017 to a better 2018.

Evil triumphs when good men stand aside and do nothing – Edmund Burke.

We have taken the liberty to reproduce a post from online Sikh discussion groups regarding the Dasam Granth issue, and the troubling silence of some groups representing the interests of British Sikhs. 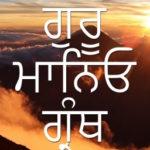 No one is disputing that some compositions thought to be those of Guru Gobind Singh were placed into the Dasam Granth (DG). These have been identified by Sikh scholars and are incorporated in our Nit Nem and in the Sikh Reyat Mayada, which could possibly do with some revision.

Reopening discussion on these, at this particular time however, is an unnecessary diversion. THE MORE SERIOUS QUESTION NOW FACING THE PANTH IS, SHOULD WE ALLOW THE REST OF THE DASAM GRANTH, WHICH IS WHOLLY CONTRARY TO SIKH TEACHINGS, BE CONSIDERED AUTHENTIC SIKH SCRIPTURES?

Common sense will say that the very idea is outrageous. Sikhs believe in one God who is beyond birth, while a third of the DG is devoted to the exploits of various incarnations of Hindu deities. The Sikh Gurus taught the dignity and equality of women. Guru Gobind Singh gave women the name or title Kaur, literally ‘princess’ to emphasise their elevated status. Against this, the DG has a voluminous section denigrating women.

Despite the above, there are still many who find it difficult to accept the blindingly obvious, and want scholarly evidence. It doesn’t take a learned scholar or so-called Think Tanks, to open the Dasam Granth, and simply look at the contents. I reproduce below some of the more printable lines of Chritar 202 on the ‘Wiles of Women.’ The Tale of Chapal Kala.

‘Chapal Kala was the name of a Raja’s daughter

Her beauty made her look like the goddess of love

One day she came across Ainti Singh, the handsome one

And blissfully made love to him.

The person who can satisfy a woman and takes a long time in love making,

He gets happiness and provides exhilaration in women.

Otherwise, however strong he may be, the woman is not satisfied.

He who takes excessive time in love making, wins the heart of women’

The above is a small part of 404 lengthy compositions, many in more starkly pornographic language, on the supposed wiles of women found in the DG. What CAN BE MORE INSULTING TO SIKHS THAN HAVING SUCH WRITINGS READ ALONGSIDE THE GURU GRANTH SAHIB in our gurdwaras? This is actually happening in gurdwaras in Smethwick and Tiverton in the UK, as well as in Patna Sahib and gurdwaras in Punjab-with the blessings of the RSS beholden SGPC. Sikhs should ask why has the Indian government spent hundreds of crores of rupees printing copies of the DG other than to dilute and distort Sikh teachings? What does it take to wake our sleeping Sikh community?

Scholars such as S. Gurmukh Singh who suggests that this is a matter for the Panth to sort out, do the community a disservice. What is the Panth, other than a collective noun to describe committed Sikhs who follow the Gurus’ path? ALL members of the Panth should stand up and be counted in a collective effort to stop this insidious attack on our religion. Those in a position of influence or authority have a particular responsibility.

S Gurmukh Singh is an adviser to the Sikh Federation, the Sikh Council and the Sikh Missionary Society. It is not enough to play the detached observer. He and others with scholarship and authority should tell organisations with which they have influence, to end their support for this deliberate debasing of the Gurus’ teachings. If their advice on such a critical issue is not heeded, they should publicly dissociate themselves from those, who for their own motives, pursue such anti-Sikh policies.

Sometimes I feel that the Network of Sikh Organisations (NSO) is acting alone in the UK highlighting Sikh concerns on this issue, although some smaller organisations like the British Sikh Federation and the Akhand Kirtani Jatha and many individual Sikhs have indicated their support for our stance.

We appeal to other Sikh organisations in the UK and abroad to publicly declare where they stand on one of the most important issues facing Sikhs for many years.

Second post on the importance of the Guru Granth Sahib

In the opening composition of the Guru Granth Sahib, Guru Nanak emphasies that there is only one Creator who is above all notions of human birth. In contrast, a large part of the Dasam Granth is devoted to the exploits of 24 so-called INCARNATIONS of the Hindu God Vishnu. The Guru Granth Sahib stresses the dignity and complete equality of women, while much of the Dasam Granth is devoted to the denigration of women, often in the crudest of language, which brings us back to my initial posting.

Should Sikhs and Sikh organisations stand idly by when crude attempts are made to give equal credence to the teachings of Dasam Granth and the Guru Granth Sahib, thus distorting Sikh teachings and diluting them with Hindu mythology? The Network of Sikh Organisations (NSO) has already stated its opposition to this attack on our teachings. Encouragingly Sikhs in Canada, Malaysia, the USA and the Akhand Kirtani Jatha have also voiced their concerns.

I again appeal to other UK Sikh organisations so far silent, such as the Sikh Council, the Sikh Federation (and its offshoot the Sikh Network), City Sikhs, Ramgharia Council, Sikh Education and Welfare Association (SEWA), the Sikh Missionary Society, Nishkaam Sevak Jatha and others in the UK and abroad to stand alongside us and use their clout to condemn this attack on our religion.