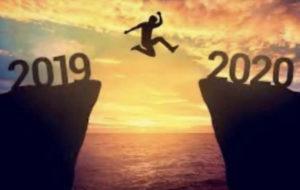 As we leave 2019 and enter 2020, it is important that we look closely at the forces and pressures that resonate in the Sikh community and reflect on how these help or hinder us in living true to our Gurus’ teachings.

The Sikh religion consist primarily of the teachings of the Sikh Gurus enshrined in the Guru Granth Sahib.

As Sikhs we must should heed Guru Gobind Singh’s clear warning about false gurus, and totally reject the siren call of sants and babas, distorting and offering questionable short cuts to the disciplined life taught by the Gurus.

The Sikh community should be on its guard against the increasing threat from ignorant members of such groups, who seek to impose their anti-Sikh agendas on gurdwara sangats. Threats and intimidating behaviour, such as seen earlier at Southall and Hounslow and more recently in Coventry, brings the Sikh community into disrepute and should be reported to the police in the first instance, and the office of the Network of Sikh Organisations via: info@nsouk.co.uk with photos and other relevant evidence.

THE ROLE OF SIKHISM IN 2020 AND BEYOND

The Sikh religion is a strong faith rooted in compassion and commonsense and has nothing to fear from discussion and questioning which can only make its teachings clearer and stronger. Our Gurus were far-sighted human beings who far from claiming special powers, warned us against superstitious beliefs and idle speculation about peripherals of belief.

Our responsibility as Sikhs is to live true to the teachings of our Gurus and make them known to a wider world which in many ways has lost its ethical direction. Many coming across Sikh teachings for the first time applaud its powerful emphasis on the equality of all human beings, gender equality respect for freedom of belief, and our responsibility to work for a just and peaceful society.

The challenge for all Sikhs in 2020 is to look beyond ourselves, and while being true to Sikh teachings, commit ourselves to living these values in serving the wider community. If we can overcome our petty internal divisions by focusing on the actual teachings of our Gurus and live the life they taught, 2020 can be an important year of unity and fulfilment for us all.