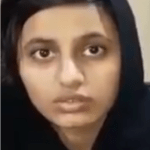 The video of a Sikh girl (Jagjit Kaur) allegedly abducted from her home in Punjab (Pakistan) and visibly under duress whilst being betrothed to a Muslim man in a marriage ceremony has sent shock waves across India and amongst diaspora Sikh communities across the West.[i]

Politicians have waded in, including Captain Amarinder Singh the Chief Minister of Punjab (India) and the Akali Dal’s Manjinder Singh Sirsa. The Indian government responded on 30th August: ‘the Ministry had received a number of representations from various quarters of civil society in India, including Sikh religious bodies in India, at the reports of the incident of abduction and forced conversion of a minor Sikh girl in Pakistan. We have shared these concerns with the Government of Pakistan and asked for immediate remedial action.’

The girl’s father has been identified as Bhagwan Singh, a priest at Gurdwara Tambu Sahib. A few days ago, her brother Surinder Singh issued a statement to ask for her safe return home, he confirmed the family had lodged a first information report (FIR) with Nankana Sahib police, however according to Surinder Singh the family was facing threats from the abductors for filing the case and being pressurised to convert.[ii]

However, news reports of the incident have been contradictory, confusing and allegations of fake news have been made. Some reports suggested Jagjit Kaur was returned to her family and 8 arrests had been made,[iii] whereas other reports on the same day suggested she refused to go back to her family ‘fearing a threat to her life’.[iv] In another article her brother refuted the news that she has been returned despite government claims.[v] Separate reports point to a statement filed in court which suggests Jagjit Kaur converted out of her own free will.[vi]

The incident is a cause of huge embarrassment for Pakistan who have been hosting an international Sikh Conference on August 31 at Governor House in Lahore. Former Labour MP for Glasgow, the incumbent Punjab Chief Minister tweeted about the abduction following representations made to him.[vii]

We are cognisant the issue of abduction of non-Muslim girls in Pakistan is a significant blight on wider Pakistani society. Aside from Punjab, there is compelling evidence of abduction and forced marriage in Pakistan’s Sindh province – a 2018 University of Birmingham report ‘Forced Conversions & Forced Marriages In Sindh, Pakistan’, highlighting the issue for Hindu and Christian women. The report’s executive summary says, ‘It has been estimated that 1000 women and girls from religious minorities are abducted, forcibly converted and then married off to their abductors every year.’[viii]

We have flagged Jagjit Kaur’s case with the All Party Parliamentary Group for International Freedom of Religion or Belief and Baron Ahmad of Wimbledon, Minister of State for the Commonwealth and the UN, Foreign and Commonwealth Office.