The position of Sikhs in India and Pakistan 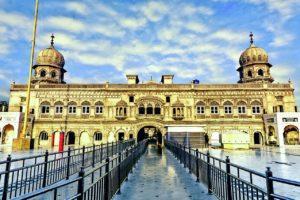 As Sikhs, we should recognise that those in power and authority often abuse human rights to perpetuate their authority, and see the egalitarian teachings of Sikhism with their emphasis on human rights and freedom of belief as a threat.

This was the situation in India at the time of our Gurus who incurred the active hostility of both the Mughals and the Hindu Hill Rajas. Today, the governments of India and Pakistan, while viewing Sikh teachings as a threat to Muslim or Hindu domination, are both playing on the supposed naivete of Sikhs to strengthen their positions in sub-continent rivalry. We have seen this in the overtures to Sikhs in the construction of the Kartarpur Corridor for Sikh pilgrims to Sikh heritage sites in Pakistan, and the widespread participation of the Indian government in the celebration of Guru Nanak’s 550th birth anniversary in India and many countries abroad.

Sikhs are not that naïve. India has waxed indignant about some stones thrown at the gurdwara in Nankana Sahib following an incident in which a Sikh girl apparently chose to marry a Muslim boy. Indian newspaper headlines and broadcast news has expressed outrage at the religious bigotry of Muslims, while being totally silent about the more serious destruction of a gurdwara and dozens of Sikh homes by Hindu extremists in Madya Pradesh. The Indian government has maintained a deafening silence over Hindu extremists targeting Sikhs, while actively promoting Hindu extremism in its discriminatory Citizenship Amendment Act.

As Sikhs we should recognise the very real difficulties faced by Sikhs on the sub-continent. We cannot match the physical strength of either India or Pakistan, let alone both. But, through diplomacy and skill, along with adherence to our Gurus’ teachings, we can do much to reduce the hostility between India and Pakistan to the advantage of people of both countries, including Sikhs. Both countries are suffering economically in maintaining huge armies against supposed threats from the other. Both countries would gain enormously in the reduction of tension and the creating of a common economic zone. A freer movement of people would help reduce ignorance and prejudice that gives rise to religious bigotry. It is a distant dream, but it is the direction in which our Guru given guidance requires us to go.