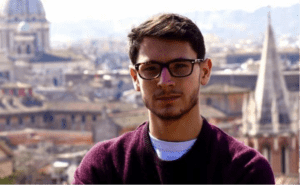 This week Peers debated steps being taken by the government to tackle anti-Semitism in University campuses.

Minister Baroness Evans of Bowes Park stressed the “clear responsibility” under the Equality Act 2010 for students to be able to learn in a “safe and inclusive” environment.

The debate follows reports of Jewish student, Zachary Confino who received an apology and payment of £1,000 from the University of York Students’ Union after complaining of anti-Semitism.

Lord Singh, NSO Director said: “My Lords, while sympathising with members of the Jewish community who have been ill-treated, does the Minister agree that they are not alone in frequently being subjected to abuse and discriminatory behaviour in universities and elsewhere?”

He went on: “It is the duty of the Government to ensure that all communities are equally protected against irrational hatred and abuse, particularly in today’s unpredictable and difficult times.”

Universities UK have established a task force, which will be reporting back in autumn on the issue of harassment on campus.

The Minister made it clear that tackling anti-Semitism in Universities is a government priority.

The NSO takes the view that whilst takling anti-Semitism head on, the government should also make provision to address hates crimes affecting all communities.