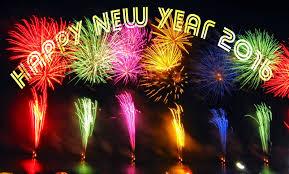 My hope is that we make 2016 a year in which we look again at the powerful and uplifting teachings of our Gurus, and make others aware of balance guidance highly relevant to today’s troubled world.

The attached table (NSO Faith Quiz [1]) was produced in October at the request of young Sikhs in Salt Lake City and California. We should encourage our children, young (and not so young) Sikhs, to complete it objectively to the best of their knowledge. The exercise will result in a greater appreciation of the richness of their heritage.

A question on the topic of counter extremism and Islam was the subject of a debate last week in the Lords.

UKIP Peer Lord Pearson asked Her Majesty’s Government if they would encourage British Muslims “to identify, confront and expose their violent co-religionists”, as part of the overall anti-terrorism strategy.

Lord Singh said, “my Lords, does the Minister agree that much of the conflict in the Middle East and the radicalisation of young Muslims in this and other countries is due to the export of a cruel and medieval interpretation of Islam from Saudi Arabia that has been rightly criticised by Dr Shuja Shafi, the Secretary General of the Muslim Council of Britain?”

He went on, “should we not be doing much more to help people counter this extreme interpretation of their faith, which is doing incalculable harm to the image of Islam?”

The debate follows from a memorandum published last month by Lord Pearson titled “Shall we talk about Islam.”

Other Peers who participated in the debate included former Chancellor of the Exchequer Lord Lamont, and Lord Paddick the former Deputy Assistant Commissioner of the Metropolitan Police Service.

The Network of Sikh Organisations (NSO) is pleased to acknowledge positive steps taken by the government, following its campaigning on the issue of separate monitoring for anti-Sikh hate crime.

A Home office spokesperson said, “Crime motivated by hatred or hostility towards someone because of who they or their religious beliefs are absolutely deplorable.”

They added, “We announced a new cross-Government hate crime plan. We also announced that we will work with the police to provide a breakdown of religious based hate crime as part of the data recorded by the police – this will ensure that in future there is accurate data on crimes committed against people because of their faith and race – including crimes committed against Sikhs.”

Lord Singh who has raised the issue on a number of occasions in the last year said, “NSO persistence in constantly raising this issue with ministers in the Lords and in discussion with the DCLG finally appears to be paying off.”

He went on, “The government now seem to realize the seriousness of race and mistaken identity hate crimes against members of the Sikh community.”

The Network of Sikh Organisations (NSO) expresses disappointment at the government’s continuing apathy on the subject of Sikh victims of hate crime.

In October the government announced anti-Muslim hate crime would be monitored as a separate category across all police forces, providing parity with the recording of anti-Semitic hate crime.

In contrast Britain’s other minority faiths like Sikhs and Hindus are not separately tracked, although the government has given assurances it will address hate crime against all communities even-handedly.

The NSO has learnt that it is likely that Sikh victims of anti-Muslim hate crime in London are being incorrectly recorded as victims of ‘Islamophobic offences.’

The MET does not break down Islamophobic hate crime by faith group.

The NSO is pressing government officials to monitor Sikh hate crime within a separate category, to provide parity with provisions already in place for Jews and Muslims.

In a debate last week which focused primarily on concerns about violence against Muslims post Paris, Lord Singh of Wimbledon said,

“The Minister will be aware of numerous attacks on Sikhs as a result of mistaken identity. While hate crimes against the Muslim community have been monitored by every police force in the country, not a single penny is being spent on monitoring hate crimes against Sikhs.”

He went on, “the American Government are well aware of this problem which Sikhs suffer from and are taking steps to monitor that hate crime. When will the British Government catch up?”

Members of the Sikh community expressed concerns last month over a potential backlash in the aftermath of the Paris terror attacks.

Today’s debate about the rights or wrongs of air strikes against ISIS, will be focused on what constitutes a just and proportionate response to ISIS atrocities in Paris and elsewhere. While much has been said and written about criteria that need to be met for a just war, less has been said about imperatives for just and lasting peace.

Syria, like much of the Middle East, is a cauldron of competing rivalries, not only those of Sunni and Shia Muslims but also smaller groups: Allowites, Kurds, Christians and others. While we would all like to see functioning democracies in the region, this is easier said than done. The history of the Middle East, and many other parts of the world shows that majority rule does not always equate to just rule. Majorities insensitive to the rights of minorities, can all too easily morph into tyrannies. What is important is, not so much the process of acquiring power, as the way power is exercised.

I was reminded about this at an event celebrating the birth anniversary of the Maharaja Ranjit Singh, who lived in the 19th century. He ruled over a vast area of northern India, including present day Pakistan. Although the Maharaja gained power through military might, he reached out to all communities winning both love and loyalty.

Totally illiterate, he spent hours as a child in the gurdwara, listening to Sikh teachings on respect for all communities. He was deeply influenced by the Sikh belief that that token respect for other ways of life is not enough, and that for true respect, we should be prepared to put our own rights and freedom on the line, in support of those of others.

The Maharaja kept this teachings close to his heart. There were more Hindu and Muslim Ministers in his government than Sikhs. He also gave generously for the upkeep and development of places of worship of all communities, bringing peace, stability and prosperity into a region that had been subject to factional rivalry, not unlike that seen in the Middle East today.

Yes, this is history from the 19th century, but it contains fundamental truths that we would be wise to learn from. Reaching out to others in this way is not easy, but is possible, and to my mind, essential for true and lasting peace. We should give our full support to any group working in this direction.

Thought For The Day