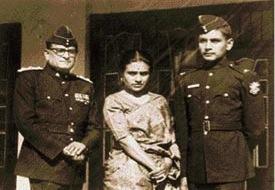 Missing POWs: Capt. Kamal Bakshi with his parents before the 1971 Indo-Pak war.

The Network of Sikh Organisations (NSO) has pledged its support for two British women in their quest for answers in relation to the case of their missing relatives who were detained during the 1971 Indo-Pak war.

Over four decades on, Mrs Niki Kumar and Mrs Rajwant Kaur Singh have been provided with no information as to the whereabouts of their missing brothers – Captain Kamal Bakshi, and Flt. Lt. Gurdev Singh Rai. Despite their tireless campaigning, they have been met with silence from both Indian and Pakistani authorities.

However Jas Uppal from Justice Upheld, a human rights group (affiliated to the NSO) who have been campaigning on the issue is hopeful. In 2012 the group were instrumental in securing the release of a 76 year old detained unlawfully for 36 years in a Pakistani prison. Ms Uppal says there are at least 54 other missing prisoners of war (POWs); some of whom she believes may still be alive. She has issued a petition in the Indian Supreme Court seeking an Order for answers.

Meanwhile, Ms Uppal has made representations to a number of British politicians. In January, Hilary Benn (Shadow Foreign Secretary) asked the Foreign Secretary if any representations had been made on the matter to Pakistani authorities. Although Mr Hammond acknowledged Britain’s role in reminding states of their obligations to abide by International Humanitarian Law, he said: “We regard establishing the fate and whereabouts of combatants, and arranging for the release of any surviving combatants as a bilateral issue for India and Pakistan to resolve.”

A few days later Minister of State Hugo Swire wrote to Cabinet member Priti Patel, in which he said the issue was a “bilateral matter” for India and Pakistan. Although Mr Corbyn’s office has been informed of the matter, they have not (at the timing of writing) taken any steps to raise the issue further. Although they expressed interest, Mr Corbyn’s office said, “It may not be his first priority.”

Lord Singh, the NSO’s Director has taken up the case. He has written to Baroness Scotland of Asthal – the Secretary General of the Commonwealth nations, and the High Commissioners for both India and Pakistan.

In his letter to Baroness Scotland, Lord Singh writes:

“The families of the POWs have been pleading for information for the last 45 years and there is reason to believe some prisoners may still be alive.” He went on, “in any event their families should not have to live with their continuing heartache and uncertainty.” Lord Singh has requested Baroness Scotland’s help in the matter in order to “bring closure” to the families.

Jas Uppal said: “This is a humanitarian issue of significance importance; these Officers were captured and detained as prisoners of war. The latter status affords them protection under international Conventions including the prescribed requirement of detailed records of their respective detention.”

She went on, “two of the kin of the Indian POWs are British nationals who urgently need the support of their Government to ascertain the fate of their kin. The British authorities helped and intervened in Shaker Aamer’s case; they have a good diplomatic ties to both India and Pakistan, therefore Britain is the best placed to mediate in this situation.”

Captain Kamal Bakhsi’s sister Mrs Niki Kumar said: “My parents were given hope that the politicians would resolve various issues and the prisoners of war would be released. They grew older and frailer, but never gave up hope. They were deeply religious, which helped them bear the tragedy. We had young families so we were distracted, my mother cried everyday of her life, father put up a brave front, he did not show his emotions.”

Mrs Kumar’s parents have since passed away, however she is determined to continue pursuing her brother’s case until there is some form of resolution. Virendra Sharma MP who initially raised the case with Mr Corbyn’s office said: “Any suggestion that loved ones are being kept from their families is extremely troubling. I have raised this issue with the FCO and inside the Labour Party. I hope that Mrs Niki Kumar and Mrs Rajwant Singh can both find the truth out, whatever it is, about their brother’s fates and seek some solace in that.” 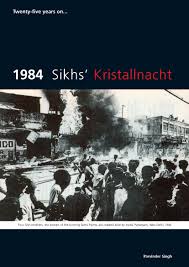