Accusation of religious phobia should not stifle free speech 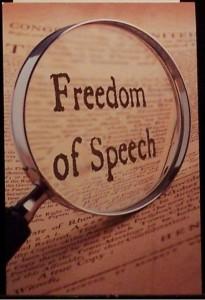 The suppression of free speech in universities was the subject of a debate in the Lords this week following a question tabled by Baroness Deech.

A spate of recent disruptions at Goldsmiths, Kings College and Canterbury has put into question the notion of free speech in universities. Baroness Deech asked the government what measures were being taken to “ensure freedom of lawful speech at universities.” She pressed the Minister to speak with vice-chancellors to ensure free speech would be upheld.

Last year a video emerged of a Muslim reformer being heckled and aggressively interrupted by Muslim students at Goldsmiths. Earlier this year police were called to Kings College following reports of violent protest against a speech being given by Israel’s ex secret service chief. The meeting organised by the Israel society was brought to a halt by violent pro Palestine protesters.

The Minister agreed with Baroness Deech and said Universities have a clear legal duty to ensure legal views can be heard, challenged and debated.

Lord Singh of Wimbledon, the Director of the Network of Sikh Organisations said, “My Lords, debate should always be conducted in courteous terms but does the Minister agree that words such as “antisemitism” and “Islamophobia” and those relating to any other type of religious phobia should not be used as shields to stifle legitimate debate?”

The Minister responded thus, “we absolutely want to support students and universities in ensuring that legitimate, lawful debate and the challenging of ideas happens in our universities.”