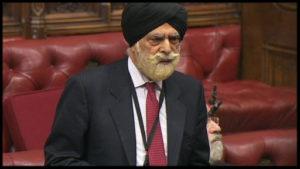 Lord Falconer’s unsuccessful ‘Assisted Dying Bill’ is old news, but the debate on the controversial issue resurfaced last week when peers discussed the implications of a Supreme Court decision in the case of R (Nicklinson) v Ministry of Justice [2014] UKSC 38.

The issues in the case centered on whether the prohibition on assisted suicide in the Suicide Act 1961 was compatible with the appellant’s right to respect for private and family life (Article 8 ECHR). The Supreme Court dismissed the appeal and said although the courts could decide the question of compatibility, it wasn’t right for them to do so.

The Minister of State, Ministry of Justice, Lord Faulks said: “The Government recognise that strong views are held on this subject on both sides. It remains the Government’s view that any change in the law is an area for individual conscience and a matter for Parliament to decide rather than for government policy.”

Lord Singh, the Director of the NSO a fierce opponent of ‘assisted dying’, said: “My Lords, social as well as medical factors can influence a decision to live, and greedy or uncaring relatives can easily influence that decision—we hear about that every day in the press and in care homes.”

He went on: “Does the Minister agree that greater efforts should be made to show that we value all people, whatever their degree of sickness or disability, and that society must work towards better palliative care?”

Last year Labour MP Rob Marris tabled a private members bill on ‘assisted dying’, which was defeated on the second reading. The NSO described it as ‘a grotesque challenge to Sikh teachings on compassionate care.’ At the time some peers expressed concerns about the ‘financial incentives’ involved in ending the lives of the terminally ill. The failed Bill was further described as a ‘breeding ground for vultures.’