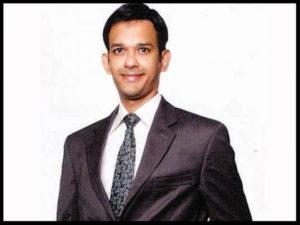 British lawyer and NSO Deputy Director Jas Uppal has been a leading campaigner in the case of missing Indian national Hamid Nehal Ansari, who has been unlawfully detained by Pakistani authorities.

Ansari’s mother Mrs Fauzia Ansari (based in Mumbai) first instructed Ms Uppal in her son’s case in November 2012. For years the Pakistani authorities had denied knowledge of his whereabouts. However at the beginning of this year it was confirmed that he was in fact in Pakistani Army custody and had been convicted by a military tribunal for ‘espionage.’

The case began when 28-year-old Mr Ansari, an MBA graduate who taught at the Mumbai Management College, traveled to Pakistan looking for opportunities. According to reports Mr Ansari had befriended a Kohat-based woman through social media and had crossed over into Pakistan. He had been staying in a hotel in Kohat, when on November 12 2012; police along with officials from the Intelligence Bureau arrested him.

This is not the first time Indian or Pakistani authorities have arrested citizens of each other’s countries under the pretext of ‘spying’ allegations.

Ms Uppal has raised Ansari’s case at the highest level, and in 2014 made personal representations before the UN on the matter.

She is optimistic that Ansari will be released and repatriated back to India. Ms Uppal said: “Hamid was naive to cross the border into Pakistan without the valid supporting travel documents; indeed his actions were illegal. However, Hamid was arbitrarily detained without trial in excess of three years during which time, the Pakistani authorities failed to notify the Indian authorities that they are holding their national as they required to do so under international law, Conventions and protocols.

She went on: “I formally complained to the UN on behalf of Mr and Mrs Ansari as well as raising the matter with both the Indian and Pakistani authorities.”

Mrs Ansari said, “It’s not that he is alone in pain and suffering the punishment of loosing his freedom, but the entire family is in trauma.” She told the NSO her family have been living in despair for the last four years, with a hope they will see their son again. So far she has been unable to obtain a visa to travel to Pakistan.

Earlier this year a 24-year-old Pakistani journalist Zeenat Shahzadi who had been working on the Ansari case was abducted. Human Rights groups and her family accuse Pakistan’s security agencies for her disappearance.