NSO gives evidence to APPG on British Muslims on Islamophobia 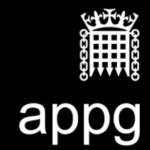 The Network of Sikh Organisations (NSO)

About us: The Network of Sikh Organisations (NSO) is a registered charity no. 1064544 that links more than 130 UK gurdwaras and other UK Sikh organisations in active cooperation to enhance the image and understanding of Sikhism in the UK.

Definition of Islamophobia or anti-Muslim hatred

1.1 Our submission follows an e-mail request on 17 May 2018 from Suriyah Bi Researcher for the APPG on British Muslims. We are grateful to her for giving us the opportunity to contribute to this inquiry. As an organisation, we haven’t adopted a definition of Islamophobia or anti-Muslim hatred.[1] That said, we are aware of Sikhs have faced the negative reverberations of Islamism ever since 9/11, and are subjected to so-called ‘Islamophobic’ hate. We would like to comment on the original Runnymede definition (1997) which suggests Islamophobia is: ‘a shorthand way of referring to dread or hatred of Islam—and, therefore, to fear or dislike of all or most Muslims.’[2] This early definition gave the term public and political recognition. However, we have concerns about the potential interpretation, scope, limitations and meaning of this original definition insofar as it provides little opportunity to distinguish a dislike of specific aspects of Islam, with prejudice faced by everyday Muslims (be it online or on the street). To this day, it remains ambiguous, problematic and at best confusing.

1.2 We believe all faiths (including our own) should be open to criticism. Therefore we take the view criticism of Islam, as a system of beliefs must be made absolutely distinct from specific incidents of anti-Muslim hate. Moreover the Runnymede definition fails to consider the wider repercussions of Islamophobia on non-Muslims or individuals of no faith. This maybe related to the fact a more significant backlash began post 9/11, a few years after the original Runnymede report was published.

1.3 We acknowledge Runnymede’s recent report – Islamophobia – 20 years on, still a challenge for us all,[3] includes a Sikh case study. Indeed since 9/11 we have witnessed what we would best describe as a ‘racialization of Islamophobia’ – colour prejudice and hatred towards Islam have become conflated. So we have seen emergence of another sub-category of victims under the broader ‘Islamophobia’ umbrella – the ‘Muslim looking other.’ Of course for turbaned/bearded Sikhs, ‘mistaken identity’ attacks have resulted in assaults and murders in US, but there have also been assaults in the UK. In Britain we have seen the attempted murder of a Sikh dentist in Wales by Zack Davies, an individual linked to the now prescribed group National Action. In targeting Dr Sarandev Singh Bhambra, Davies wanted to take ‘revenge’ for Lee Rigby.[4] Reports indicate Davies also drew inspiration from Islamic State executioner ‘Jihadi John’.[5] Disparaging remarks like ‘Bin Laden’ or ‘Taliban’ are a common occurrence for Sikhs with turbans, and we recently saw the conviction of a man for calling his Sikh neighbours ‘ISIS slags’ and ‘ISIS bitches’.[6]

1.4 However when Sikhs face criticism for the behaviour of individual Sikhs, their beliefs or their identity, there is no equivalent word to shut down this criticism akin to ‘Islamophobia’. We don’t challenge those who smear Sikh teachings as ‘Sikhophobes’, and suffice to say ‘Hinduphobia’ hasn’t established itself in the vernacular either. The question is why? Moreover, when Sikh teachings and the Gurus are belittled or smeared by missionary faiths out to convert Sikh heathens, gentiles or infidels, we remain open to such criticism, and have confidence Sikh teachings which promote sarbat da bhalla, or equality for all human beings are robust enough to overcome any such challenge. Are all Abrahamic missionaries ‘Sikhophobes?’ We think not. We may not agree with the approach, but they have every right to question our values and beliefs, as we do theirs. Importantly Sikhism believes in absolute free speech and the ninth Guru, Tegh Bahadur was beheaded for standing up for the freedom of religious belief of Hindus facing Mughal persecution. He may not have agreed with Hindu practices, faith or rituals, but willingly faced martyrdom standing up for their inalienable right to freedom of religious belief.

1.5 Worryingly, over the years, we have been witnessing a trend in the use of the accusation of ‘Islamophobia’ as a stick to beat those critical of aspects of Islam, and or the behaviour of a minority of Muslims. As discussed we believe all faiths should be open to criticism including our own. We have experienced the accusation of ‘Islamophobia’, when pointing to the disproportionate number of those of Pakistani Muslim heritage convicted in sexual grooming gang cases. This clear trend in criminality is evidenced by research published by counter extremism think-tank Quilliam.[7] Criticism of heavy-handed military action of the Israeli state can also be cynically dismissed as ‘antisemitic’. This is also wrong and troubling. We view the use of these words in these particular contexts, as a convenient mechanism to silence critics, so as to avoid the need to address underlying issues or take responsibility. This element must be taken into consideration when differentiating prejudice faced by everyday Muslims, which is real and despicable, with legitimate criticism of aspects of Islam, or the behaviour of a minority of Muslims. We are afraid anything less falls short of the mark.

1.6 As discussed, we prefer to refer to prejudice faced by Muslims as anti-Muslim hate. Any sensible working definition of ‘Islamophobia’ must be able to differentiate any legitimate criticism of a system of beliefs, culture, polity and tradition with incidents of anti-Muslim hate. Importantly, it should also be flexible enough to be inclusive of sectarian hatred within Muslim communities themselves. The persecution of the Ahmadi minority, illustrated by the murder of a Glaswegian shopkeeper Asad Shah[8] being a prime example. Should this not be defined as Muslim Islamophobia?

Consequences of not adopting a definition of ‘Islamophobia’

2.1 As discussed, we believe it is better to look at a working definition of ‘Islamophobia’ rather than ‘anti-Muslim hatred’. The latter is self-explanatory; the former is vague, confusing and can be used as a smokescreen to shut down those critical of aspects of Islam or the behavior of a minority of Muslims. As discussed above, the consequence of not adopting a sensible definition of ‘Islamophobia’ has serious implications for free speech. We must be clear about the meaning of words. Can legitimate criticism of aspects of Islam be deemed Islamophobic? Secondly, in the absence of a sensible working definition, the wider suffering of non-Muslims who face Islamophobia will continue to be disregarded. For example, much of the hatred directed at Sikhs is down to ignorance about Sikhism and Sikh articles of faith. This is why Sikhs, and other non-Muslims are being recorded as victims of ‘Islamophobic hate crime’ by forces like the MET police. The figures we’ve obtained via FOI from the MET show that 25% of victims of so called ‘Islamophobic hate crime’ in 2016 are non-Muslims or of no recorded faith, and for the previous year the figure is 28%. This includes Sikhs, but also Hindus, Christians, Buddhists, Jews, Atheists and Agnostics. For Sikhs, the conflation of Sikh turbans and beards with the attire of Islamic extremists such as Bin Laden, Ayman al-Zawahiri, or the Taliban – (happening since 9/11) has resulted in the murder of Sikhs in the U.S, and attacks in Britain.

2.2 It is clear that visible differences are a motivating factor in such incidents. This is as true for Muslim women in hijabs as it is for orthodox Jews or Sikhs. In recent correspondence with the Judicial College who’ve published a new section on ‘Islamophobia’ in their Equal Treatment Bench Book (March 2018) – we pointed to the issue of non-Muslim victims of Islamophobic hate backed by police statistics. They responded suggesting the statistics ‘provide background information’, but may be an, ‘unwanted distraction’. This is simply not good enough and frankly an insult. But it’s not just the Judicial College that takes this parochial view.

2.3 Government policy in the area of religious hate crime is wholly inadequate. We point to in particular the ‘Abrahamic-centric’ four-year hate crime action plan (2016) blithely ignore the suffering of many non-Abrahamic victims, including Sikhs.[9] It appears that the government’s primary concern is the welfare of Muslims and Jews, and there appears to be a myopic view no one else really suffers hate. This is simply not good enough and the government urgently needs to address this blind spot. The adoption of a sensible definition for ‘Islamophobia’ therefore matters not just to Muslims, but to non-Muslims too. We all face the negative reverberations of Islamism and it’s only right that any sensible working definition reflects this so policy in this area is inclusive.

Note: we would be willing to give oral evidence to support our submission if required and 19 June 2018 (pm) is our preference